It was a powerful moment when teary-eyed college soccer player, Brittany, walked off the field for the last time during her sophomore season. She felt as if she was solely responsible for her team’s season coming to close with a thud. Sobbing, she slowly trudged across the field to an empty bench feeling nothing but failure.

To be sure, it had been a tight back and forth game which produced a few chances for each side.  But Brittany’s team needed a win in order to get them into the play-offs. And as a starting forward for her team, it was her job to score goals to help accomplish that. It had all come down to that last game in order to make their league’s post-season tournament. As such, she needed put away a chance or at least create an assist, especially in the waning minutes of the game when her teammates were looking to her for attacking options and leadership. She had certainly been successful doing that for most of the rest of the season having scored 9 goals to that point. But on the day, she just wasn’t able to break down the opponent’s back-line.

Her lack of a goal was not her only perceived failure on the day. If not scoring was the only issue then she felt like she could have worked through that, but the real despair and shame she was feeling came on another play. Even though she was a forward who’s main focus was to score, she was also the best header of the ball for her team and as such her role on defensive corners was often mark the opposing team’s best attacking player.

With less than 5 minutes to play her team had to defend a corner kick. The score was tied at 0-0 and every little thing mattered. Brittany found her mark, #17 of the opposing team. She bounced on her toes, took a couple of jumps to get ready. As the ball was served into her team’s penalty box, she momentarily lost track of her mark not able to quite keep up as she slalomed through all of the other players in the box. The ball was served perfectly over her and headed in for a score by #17. The final five minutes passed without any other incidents and Brittany’s team ended up losing 0-1. Season over. And her team missed the playoffs for the second year in a row.

She admitted after game that it felt like all the hard work and dedication she and her team had been working on for the past two years to bring a play-off berth to her school had utterly failed due to her. At least it felt like total failure. Yet as hard as it was for her to publicly announce defeat, it triggered a critical realization for Brittany: There’s so much failure going on every day on the field and not being looked at as a potential for learning. According to Josh Waitzkin of the Art of Learning, investment in loss is one way athletes can create paths forward. Opportunities to learn from these mistakes are being missed because athletes and coaches focus only on their feeling of devastation from loss and get stuck there. Since then, Brittany and her team have embraced transparency with all of their training sessions and games by sharing mistakes among teammates and coaching staff, in order to avoid repeating those mistakes in future games.

Brittany’s initial distress and feelings of devastation are totally relatable: It’s normal for uncomfortable feelings such as shame and self-doubt to arise when game results or competitions don’t go our way. Resist the urge to hide from, or even deny, these inevitable feelings and instead find the courage to embrace them and invest in loss to help you grow as an athlete. To become the most effective player you can be, one must be less judgmental of yourself.  When you learn to appreciate the legitimate risks required for success—and the associated ups and downs—you can make more effective choices of how to grow from each experience. Here are five steps to help you get ready for that next game with a positive outlook.


Even though you didn’t succeed …

In the immediate aftermath of failure or a lost game, you might feel compelled to do something, anything, to ease your feelings of shame and discomfort.  Whether that’s taking quick, drastic steps to right the wrong or seizing up and retreating from the world. Don’t do either. We don’t make our best decisions when we are reactive. Instead, take a few minutes, a few days, or longer to sit with the facts and discomfort until you start to see what transpired with more rationality than emotion.  In doing this you will start to relive the moments in the game where you had successes.

2. Separate your ego from your action

YOU are not a failure. Maybe on the day of a lost game your actions failed. But that is radically different than being a failure. After you reach a calmer state of mind, you will be able to see your action as the failure, not you. This delineation helps bring clarity, acceptance, and self-forgiveness, which can start to neutralize the potential shame associated with failure.

Make a list of the things that went well and poorly in the game. Tell your story to people you trust, and then ask them to repeat it back to you. Ask them what they saw you do during the WHOLE game. Sometimes in talking with a teammate or friend and simply hearing the circumstances reframed by another party can shed new light on the facts, helping you identify your blind spots. Try to internalize these different perspectives in order to see yourself more generously and regain confidence.<

The more you look back at the things you did well over the entire competition, the less shame you attach to the result as a whole. As you recap your experience, highlight the optimism gained from steps 1, 2, and 3. You should be feeling stronger, and reframing the story with your new insights will work to focus what you’ve learned and help you formulate your next plan of action. A great way to finalize this step is to create a positive affirmation or two about what you WILL do the next time you step onto the field.

Set new, realistic and challenging expectations for what you are trying to achieve in your next training session or competition, and then go for it! Armed with the insights, self-forgiveness, and confidence forged by your last trial and error, you’re ready to withstand new challenges, learn from them, and innovate. Remember, in order to succeed, you must invest in loss and what it can teach you.

Derrek is the owner of Thrive: Excellence in Sport Performance, has coached college soccer for the past 20 years, has a USSF A License, Provides structured mental skills programs to a variety of teams and individuals, is a member of the Association for Applied Sport Psychology, is undergoing professional certification through AASP, and has a Master’s Degree in Sport Psychology.

Focus on YOU for Peak Performance 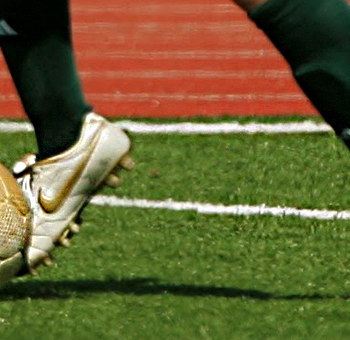 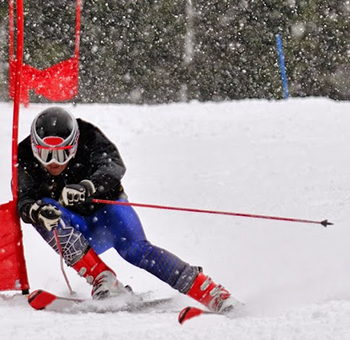