Would you play your best if I took away the top three things you do well as a player?  Have you ever played your best while only worrying about winning or losing?  What about if you stepped on the field only concerned with the things you can’t do?  These are mistakes every soccer player has made at one time or another; they become distracted and forget to play to their strengths.  A player will have zero chance to play well, or ‘let it flow’ when they go away from their strengths.  In sport psychology, the terms flow, or being in the zone, are loosely defined as when an athlete competes while being fully immersed in a feeling of energized focus, full involvement, and enjoyment in the process of the game or training session.  For soccer players, the state of flow can be characterized by complete absorption in their play to the point of a lost sense of external distractions, time, and outcome. Confidence and anxiety are important variables that underline the experience of flow in soccer. Research by Koehn, 2012, (http://dx.doi.org/10.1080/17461391.2012.746731) has indicated that confidence displays a positive relationship and anxiety a negative relationship with flow. Every player fondly remembers those times they played their best and it ‘just flowed’.  A flow state is best achieved when a player does what he/she does best, not when they abandon the things that make them effective on the field. 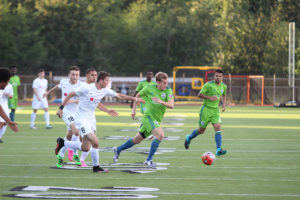 When the adrenalin kicks in, many players get distracted and tend to forget that their strengths are their default, their true nature.  When players are at their best, they are not thinking too much, they just ‘do’.  At their best, or when in flow, players play in a zone where their strengths come out easily and guide their game.  Has a player ever played their best game while leaving their strengths on the sideline?  No, of course not!

So why do players constantly find themselves doing stuff on the field that aren’t their strengths?  What distracts us from the things we do well?  Imagine it’s late in the game and Chad Marshall of the Seattle Sounders, 2-time MLS defender of the year as central defender, thinks the team’s attack is lacking so he decides to play out wide and buzz up and down the flank. Imagine DeAndre Yedlin, US National team regular and Newcastle United right back feels he isn’t getting the ball enough so he moves to play central mid and direct the build-up.  Imagine setting out to win a World Cup Pool game while playing Carli Lloyd in goal.  Imagine being so worried about a particular field that your body tightened up causing your first touch to be hard.  Or, imagine getting ready for a big game where training sessions were dedicated to stopping the opponent, while putting aside all that you, or your team, does well once you won the ball.  How would players play in these examples?  The answer is that generally by taking away, or ignoring, one’s strengths, what’s left are the parts of the game that aren’t a players’ best.  Hard to be effective with this kind of focus. 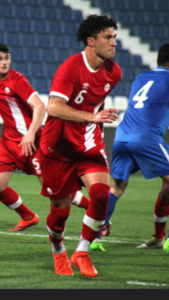 “Whether I’m heading out to training or about to walk out for a game, the only thing I’m focused on is dominating. For me, it’s on playing to my strengths and the best of my ability at that moment. Other thoughts may come and go: a bad call, a misplaced pass, or a foul but it’s knowing who I am as a player and using my strengths to impact the game that allows me to stay focused on what I need to do within my role and to dominate.”

Playing in the zone, or in a flow state, will not happen without a focus and commitment to doing what a player does at her/his best.  Let’s look at an example of a player I coached in college for how playing to one’s strengths works.  Stephanie (not her actual name), was a D1 forward who was small, quick, dynamic on the ball, effective when running at defenders while she had the ball, and crafty at attacking gaps in opponent defenses.  She came to our team after being told by a previous coach that to be an effective forward she had to play with her back to goal.  The trouble was in this back to goal role she was put in all her worst situations.  When targeting she would get frustrated with the physical beating she took from bigger defenders, she felt her only options became to play to the midfielders underneath her, her shooting opportunities fell to almost zero, and her confidence hit an all-time low when playing as a target forward in a 4-2-3-1.

We looked at film of her and watched her in training and decided that she should be found in the half spaces between the opponent backline and their midfield where she could receive the ball facing forward as much as possible.  Part of the solution was to have her play as a part of a 2-forward system to accomplish allowing her strengths to show up.  The other part of the solution was to have her create a couple cue words to help remind her of the things she was good at doing. In this way, all her top skills came out and her weaker spots were greatly hidden.  The result?  She went from playing in a very frustrated way her first year, to being named multiple times the Attacking Player of the Week in the conference and earning an All-League player selection by her sophomore year. Other than the coaching staff altering the system of play and asking her to think about cue words, I had her also consider the following:

I asked her to think about what made her effective when she played well and enjoyed her game.  I encouraged her to notice that when she was playing well, how the strong points of her game carried her performance.  I reminded her that all successful players need to be able to make their strengths dominate while on the field.  I had her write down the few things that she considered to be her strengths.  These could be technical, tactical, mental, or physical skills or traits. 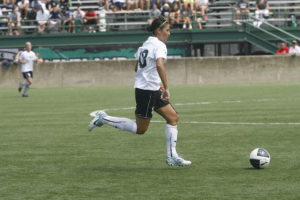 We made sure she took time before every practice and game to spend a couple minutes thinking about these strengths through self-talk and imagery. When she became frustrated with her play, I asked her to work in the next two minutes to find a way to make one of her strengths show up.  Through this process she learned how to persevere through challenging times, enjoy her time on the field, feel confident, and always find little moments in the game to play in a flow state through focusing on her strengths.

To learn more about Flow states: watch this Ted Talk by the father of Flow:

If you would like to know more about how to build your confidence around your strengths, text or email me to set up a call.  Thank you for taking the time to read this post and find ways to improve your game! 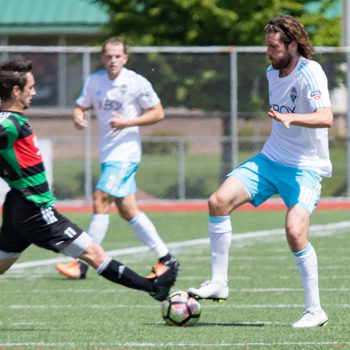 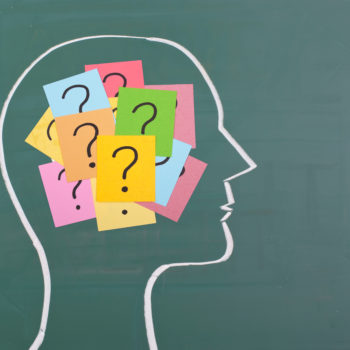