As a life-long skier, I have grown up on a mountain. From being a three year old taking naps in the ski patrol lodge, to running gates in near white-out conditions, to being a parent and toting multiple pairs of skis and poles out to the parking lot, I am a skier through and through. I have spent time obsessed with sliding down a hill, skied as a hobby on weekends with family, and even put skiing down for a while. Over this time, my definition of skiing has evolved. When I was a child, skiing represented freedom. Being on skis enabled me to go where I wanted, as fast as I wanted, when I wanted. As the years went on, clicking in and rocketing down the hill became my identity or release depending on the day. Skiing is something that defines me.

Now as an adult, when life becomes stressful I can always find solace in a great run. A difficult week on the field or in the office is remedied by a weekend on the mountain. A shared afternoon with friends out on the hill always leaves me with a smile and feeling of joy.

However, during my brief time racing, skiing took on a much different perspective. Competitive opportunities arose, and with these opportunities came expectations, internally and externally. I no longer saw skiing as freedom but as a collection of expectations, stressors and concerns. Races or training runs would only seem successful to me if I met or exceeded my expectations. Expectations always to be the best and ski each run with perfection. Handling all of the down time between runs, obsessively evaluating my last run, going over and over previous runs with coaches slowly sapped the joy out of being on the mountain. Getting stuck on whether I nailed that set of three gates exactly right in the middle third of the course caused me to feel so tight I couldn’t eat lunch. At that point in my life being on the hill represented stress and pressure.  The higher the expectations, the higher the chance to feel as if I had failed.

So why talk about this now years after being a ski racer? One, because now I can help ski racers handle these same pressures that at times were my undoing. Two, because skiing has given my life definition that I am proud of and I would like to give back to the skiing community. I now can help other skiers to recognize that handling the weight of expectation is the first step in reproducing repeated best performances.

So let’s start by looking back at your best race. What feelings come to mind? What words or phrases could be used to describe that performance? For me, many of the descriptors are quite similar to the way skiing felt to me as a kid. Free. Calm. Alive. Fast. When skiing as a kid, was I worried about my time down the first training run? No. Was I looking down from the chair at sections of gates and their placement on the course wondering if I could nail that section? Nope. Was I evaluating how all the other racers were handling the course? Definitely not. While skiing as a kid was I worried about going beyond my limits and racing a little loose? Didn’t even cross my mind. Was I afraid of crashing? Absolutely not. That’s right: zero expectations.  Just have the most fun possible getting down the hill. Skiing with a smile.

So how can we use the way we skied as children, when we had zero cares in the world, to help us now as racers? Now, let’s meet one excellent formula for success. A noted expert in the field of performance enhancement, Dr. Jacques Dallaire, speaks of the value of using this extremely powerful yet very simple formula which will help ski racers perform their best every single day:

A is everything you can bring to the mountain. You’re A game is your training, your diet, your equipment, your focus, being in the moment, your self-talk, your visualization work, your intensity, your drive— basically, everything you have control over.

B is everything outside of your control. Factors like racing order, weather, course set, snow condition, luck, your competitors, equipment problems, illness, etc.

So what’s C? Well C of course are results. This is the place you cross the finish line. Your standings at the end of the day.

So what does this equation tell you? That you should put all of your focus onto A. A is how you gain control over your runs and the equation. You can’t control anything in B so wasting any time or negative energy with things in that category will dramatically affect C by taking away the positives from A. All you can do is control your A game!

Complete commitment to your A game will help you quickly realize that focusing on expectations (C) does no good.  Repeatable effective performances are only possible when you bring your focus to bear on the components in A. Focus on giving your best effort, eating right, improving your flexibility, getting off hill fitness training done, resting, and memorizing the course while side slipping is where your focus should be. Learn to master all the variables in the A portion of the equation. Just like skiing was for all of us as kids—there was only us, our efforts to feel free and enjoy the moment and nothing else.  Imagine how it would feel to race with that mind-set!  Free, calm, alive, fast. 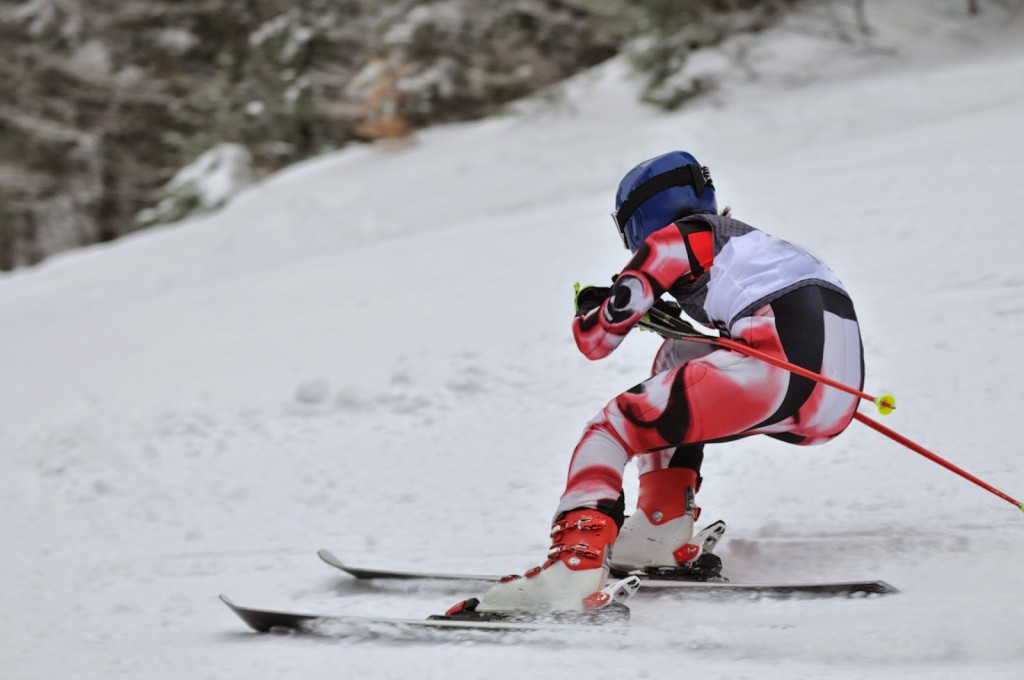 I would like to share an experience of mine last winter where I used this equation and found success, albeit in a non-competitive situation.  All season I had been attempting to set a new personal speed mark. I was skiing in the Mid-Atlantic region of the country where sheets of ice tend to define the day. My goal was to hit 65 mph. Why not, right?

For most of the season I had been working hard at finding the perfect time to make a run where I could just bomb the hill. First thing in the morning? How about right after a good warm-up run? Or early in the afternoon after lunch had digested? I was concerned about the correctness of my wax, whether or not my skis were tuned precisely, was it the right temperature, the state of the grooming of the hill, etc. To a lesser extent I was also concerned with the expectation that my ski season would be a success if, and only if, I could set this personal record. I even became obsessed with looking at ski tracks after every run to see if I had accomplished my goal. Guess what?  I ended up spending many weekends not enjoying my skiing as I was worried about a whole bunch of variables I couldn’t control. I spent many a day feeling very frustrated with skiing in general. Also I wasn’t reaching my goal.

Finally on March 14th, the last day of the season at Seven Springs, I just told myself to enjoy the day, stay relaxed, breathe, keep my hands forward, let my skis float, and ski with a smile. I focused on only my A game and did not have any expectations other than be in the moment of the run I was skiing. On a run right after lunch with the sun out, chomping on my gum, I got off the chair determined to ski free, calm, and relaxed so I could enjoy every arc and turn. I let loose and just flew down the mountain to the maximum of my capabilities. The only thing in my mind was controlling my breath, keeping my hands forward and embracing the free feeling I get when I ski my own way. To my surprise and enjoyment, it felt so easy to fly over the snow!  So relaxed, I even found myself laughing at the end. When you are yourself, there is nothing better. I loved every moment of that run down Giant Steps. 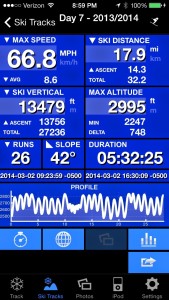 When I finally got to the bottom of the run, it honestly felt no different than finishing one of my runs as a kid. I was free. I had given everything I had, and the satisfaction I felt was from being my best in that moment. Just me and my A game. So simple, so pure, so easy. I had had one of the best runs of the season, enjoyed every second of it, and hit 66.8 mph! That, everyone, is the formula for success: A + B = C.

Another example of effective A + B = C was found in watching Bode Miller in his Combined event at the 2010 Winter Olympics. On the second run of his slalom he went barreling down the icy run with abandon, his skis chattering in protest, his heart free to ski his way in that moment. The goal was not to win Olympic gold in the men’s Combined race in British Columbia February 2010. His goal was to give his best and appreciate the opportunity to ski. He knew he could count on his training, his motivation, his knowledge of the course, his ability to enjoy the moment. I bet that is also how he used to ski as a youth on the cold, shady slopes of New Hampshire’s Cannon Mountain when no one was looking.

And what made him most thrilled on the day was not the color of his medal – his third that week – but the fact that despite the enormity of what was riding on his skis during those Olympics, he was able to put those expectations aside and ski with the same joy and freedom he had as a child on the hill.”When I ski like that, it’s how I used to ski when I was little,” said Miller, after coming back from seventh in the downhill in the morning to lay down an amazing slalom run. “You’re not thinking about all the things that old people are supposed to think about.”

Things like, “Don’t crash,” for example. Up to that point in Miller’s nearly 350 career World Cup races, he had failed to finish or been disqualified in roughly 40 percent of them. But he didn’t let that minor detail get between him and the gas pedal in those 2010 Winter Olympics.  On that day after laying down that blistering, joy filled second slalom run, he took home the gold in the Combined event.

By bringing his A game and skiing free with no expectations of results, he proved that A + B = C.

Derrek is the owner of Thrive: Excellence in Sport Performance, was a collegiate coach for the past 20 years, is a member of the Association for Applied Sport Psychology, is undergoing professional certification through AASP, and has a Master’s Degree in sport psychology. 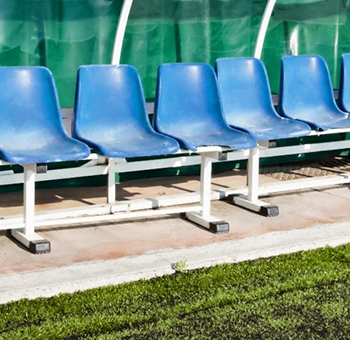 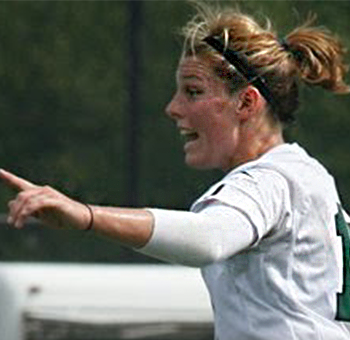