Think positive! You become what you think about most of the time.

I’ve worked with many athletes over the years who were incredibly negative about a lot of things they did in their competitive environment. One athlete, a soccer player in particular, was especially negative when it came to taking people on when she had the ball. Cynthia (whose name I have changed for confidentiality reasons) absolutely HATED attacking an opponent when she had the ball. Whenever she saw a defender coming at her in training or a game she would slow down and begin to look panicked and timid. She later told me she would say to herself, “I hate dribbling. Why did my teammate pass me the ball? I’m going to end up losing the ball, I can’t get past her, etc.” She’d complain to herself, to me, to her teammates and to anyone who would listen. In fact, it seemed like she really didn’t care if anyone was listening she was just saying things for the sake of explaining away why she wasn’t very strong on the ball. She was just simply an excellent excuse maker. 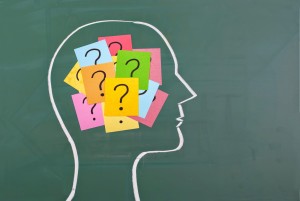 As you can imagine, because Cynthia was so negative and worked herself into such a negative frenzy about ball possession, she’d always tighten up when she received a pass, or slow down and consistently get beaten by less talented players in practices and games. She was much less effective than she could have been at that time as a player. One day I had had just about as much as I could take of her negative attitude towards herself, her excuse making, and her complaining.  All of her negativity was really beginning to have an adverse effect on the whole back line. I had reached a point where it saddened me to watch her be her own worst enemy time and time again.

So I sat her down in my office after practice and said to her, “I’d like you to read something.” I then gave a paper to her on which were written all the negative things I had heard her say about herself in the past week.  When she was done reading all of those statements I asked her opinion of whether the player who said these things was a good player or not.  She quickly said that a player who made so many negative and self-deprecating comments must be horrible! I then told her that all the negative phrases she had just read were what came out of her mouth on a daily basis. All I had done was to just make a note of them during practice and games. As she listened, she sat there with a stunned look on her face. 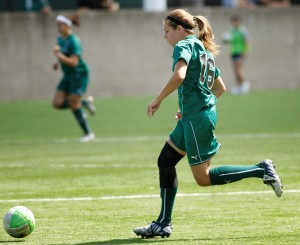 I then shared with her that I felt so strongly about her ability as a player that I could honestly say she had the probably the most potential of any of the defenders I had ever coached. You have “unbelievable potential,” I told her. Then I paused, looked her straight in the eyes and said, “Now let me tell you why you are hurting yourself and your teammates with all your negativity. If you don’t make a change you will be robbing our team of an amazing amount of talent that could go a long way in helping our back-line become one of the best in the West!

“By being so negative you are going to end up wasting your 4 years of college eligibility because it goes by so fast.  Your focus is so negative towards yourself that you are completely hindering your own growth. That’s why I made a note of all of those useless things you say all of the time. I wanted you to really understand how mean you are being to yourself. You complain whenever you receive the ball, and that’s half the game! You’re never happy when we have possession. You act as if there’s a black cloud following you around which in turn hurts the confidence of those other defenders around you too. Unless you can change your attitude and start to get in the habit of being more positive, you will not reach your goals and you can just forget those dreams of our team winning the conference. You just won’t ever reach your potential with how you currently talk to yourself. And, you are already starting to have a huge negative impact on teammates around you too which we can’t allow to continue.”

That meeting finally got Cynthia’s attention. I’m sure she knew deep down she was hurting her own performance as well as that of her whole team and I’m sure to this day she even knew that it was a problem but didn’t know how to fix it. However, reading her own comments about herself finally hit home. Hearing how negative she really was pushed her into wanting to make a change. She made a commitment to herself that very day to change.

Negativity in self-talk as well as other negative talk that is actually verbalized, is nothing more than a bad habit. Unchecked negative self-talk can get to the point that pretty soon it becomes a knee jerk reaction during an athlete’s performance. These athletes do it without thinking about how much it’s bringing them and everyone around them down a few notches.

Often these same athletes do it without realizing that they are being a JERK to themselves. They don’t stop to think that negativity makes them physically weaker and slower. They don’t take the time to realize that being pessimistic, always hunting for and dwelling problems will keep them from performing to their potential. They may not even appreciate the fact that negative talk (self and otherwise) will poison their teammates’ and their own motivation. After all, who in their right mind would continue to be negative if they really knew, what sports psychologists know, that negativity will almost certainly guarantee that athletes will fail to reach their dreams.

Success comes from a belief in what we will do, not what we tell ourselves we can’t do.

So what are the steps in turning around this bad habit of negativity? To start, you’ve got to understand that a steady stream of negative self-talk feeds itself. You’ve got to become aware of your negative inner dialog. This is what the written down comments did for Cynthia. It finally made her painfully aware of what she was constantly saying to herself and how it was crushing her performance.

Learn from Cynthia. Practice being positive whenever the competition kicks up. Through constant use of Performance Statements you will learn to control your inner dialog and begin winning the competition inside yourself. Which in turn will help you find your true potential as an athlete.

Even Accomplished Ski Racers Need To Start at the Beginning 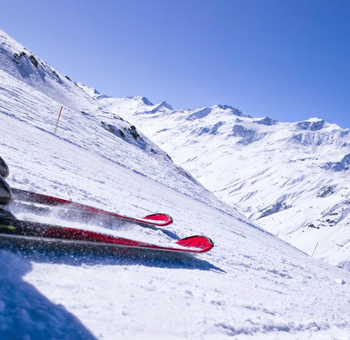 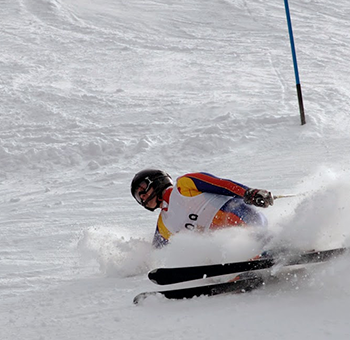